Plot:
In a quest for a new, more humane society, a counter-culture revolution takes the world by storm. In the first of the InterReflections Trilogy, we look back to the modern world and wonder how it was we managed to survive as long as we had. 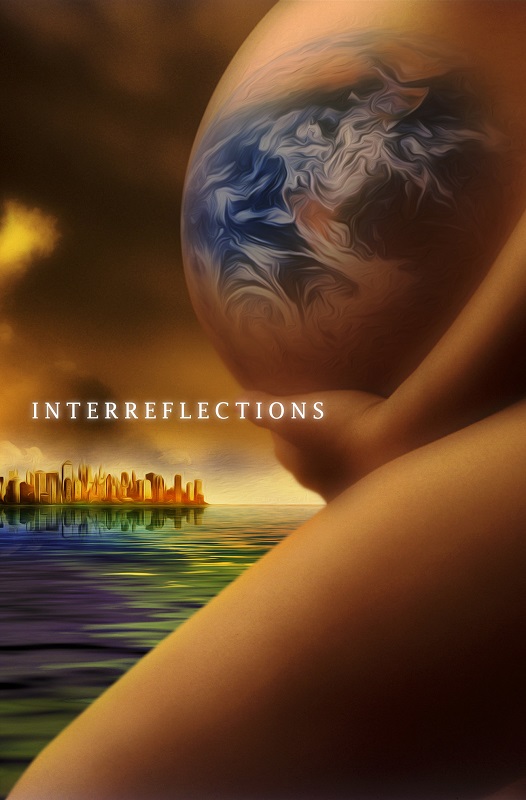 InterReflections, the first of a trilogy, is an experimental, social commentary film. Structurally, the work is mixed-genre, combining three mutual timelines, with aspects of documentary, horror, science fiction satire and more. Inspired by the avant-garde tradition of impressionistic abstraction, challenging convention, the 2 hr and 45 min work is grounded in a distinct sociological perspective surrounding the subject of public health and human well-being.
Based upon the writer/director’s best-selling 2017 book The New Human Rights Movement, InterReflections is a fantasy that extends the book’s academic content into a more creative form.
Each of the three timeline layers serve a content and aesthetic function.
The first, set in contemporary times, is a silent film style journey following our female lead as she experiences the darkness of the modern day. After being fired from her job, she awakens into a new day in New York City, setting about finding another. Her journey transforms her, resolving her identity at the end when all three of the timeline characters come together.
The second timeline is set 40 years in the future when, as predicted by many scientists today, the ecological, climate and social crisis of inequality has reach critical territory. In this central timeline, our satirical protagonist, John Taylor, leader of a pro revolution counter culture group named Concordia, is captured by the Global Security Agency (GSA), leading to a debate with his old colleague and nemesis, Simon Devoe. As head of the GSA, Simon encourages John to join his team in order to avoid legal punishment for his “terrorist” actions.
Timeline three takes place 100 year from now, featuring four academics of this future talking about the way things used to be in the early 21st century (today). This layer is the most liberal of executions in regard to the film’s relationship to the book and serves not only a structural and style role but as the educational basis of the work by which the other timelines relate.
Overall, stripped of artistic specifics, the work is classic edutainment; a kind of abstract “PBS special” working to express contemporary social issues in an unorthodox way.