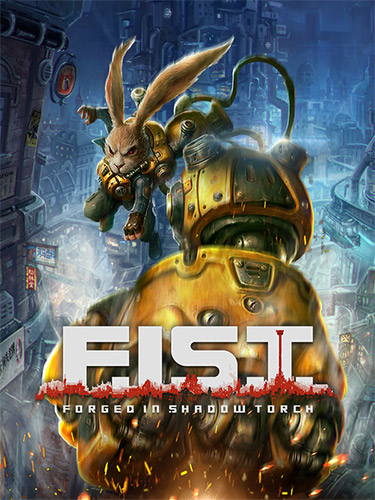 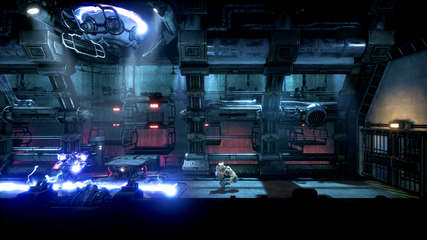 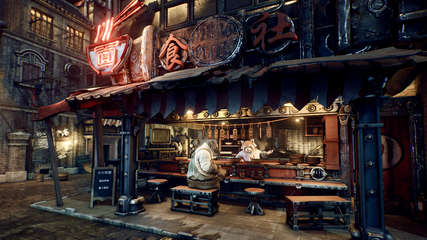 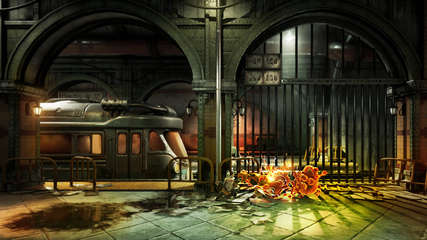 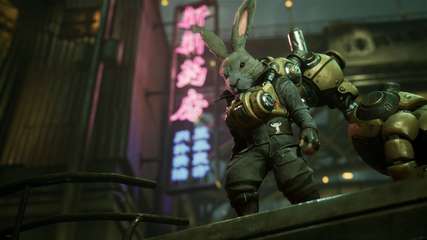 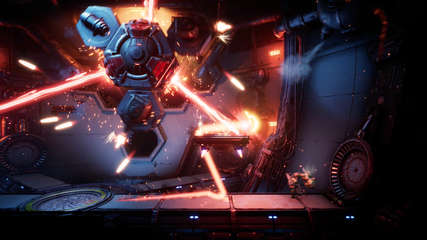 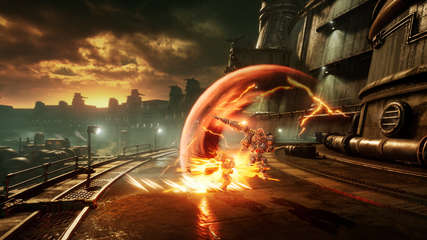 Six years ago, the Machine Legion invaded and colonized the Torch City, which was originally inhabited by animals. Rayton, the former soldier in the resistance war, has been living in seclusion since then. After his friend is forcibly arrested, Rayton reclaims his mechanical fist and steps to his journey fighting back. And he never expects that he has been involved in a bigger scheme between the mafia, the rebellion, and the legion.

Sophisticated and Interconnected Game Map with Countless Secrets
Exploring the Metroidvania game world with a dozen of areas with distinguishing vision themes and level designs. Earning the rewards by conquering the challenges of combats, puzzles and platformers in countless chambers, tunnels and shortcuts.
Interconnected and automatically loading game map makes the detailed Torch City more convincing and beautiful.

Arcade-styled Combat System with Three Unique Weapons
Mastering the Fist, the Drill and the Whip, depending on the situation of the battlefield, switch your advantages between the long hits, the high damage and the wide range, taking every enemy standing in front of you down.
Dozens of enemies wielding their unique weapons challenge you with exquisite cooperation tactics, and various bosses with totally different combat patterns provides you never repeated experience.

Unique Dieselpunk Aesthetic Powered by Unreal Engine 4
The combining of the dieselpunk aesthetics and the oriental-style architecture constructs the core visual style of Torch City, exposing the world with the intense conflict between the furry animals and the mechanical army from their appearance to the nature.
Powered by Unreal Engine 4 with physically based rendering and extremely detailed textures, presenting a gorgeous 3D visual performance and pushing the genre to a whole new level.

Based on F.I.S.T_Forged_In_Shadow_Torch-FLT ISO release: flt-f.i.s.t_forged_in_shadow_torch.iso (22,202,796,032 bytes)
Game version: v1.004
DXVK-based Windows 7 Fix is available in "_Windows 7 Fix" folder. To run the game under Windows 7, copy "ZingangGame" from "_Windows 7 Fix" folder to the game root and run the game with "F.I.S.T. (DirectX 11)" desktop icon
100% Lossless & MD5 Perfect: all files are identical to originals after installation
NOTHING ripped, NOTHING re-encoded
Significantly smaller archive size (compressed from 20.7 to 13.1 GB)
Installation takes from 6 minutes on 16-threads CPU to 20 minutes on 4-threads CPU
After-install integrity check so you could make sure that everything installed properly
HDD space after installation: 20.7 GB (24.7 GB during installation)
Language can be changed in game settings
Repack uses XTool library by Razor12911
At least 2 GB of free RAM (inc. virtual) required for installing this repack
Repack by FitGirl

evil has a name